You are here: Home / Blog / What are thinning scissors used for in dog grooming?

Dogs are the most adorable and common pets nowadays; there are numerous people that love to have a pet dog instead of any other animal. The dogs are the most loyal and honest when it comes to their owner and their family as well. The dogs have numerous breeds of them, and all of them are different from each other. Being different from each other requires their specific grooming as different breeds have different meals; similarly, they need specific grooming as well.

The dogs also need to maintain their hygiene to stay healthy, fit, and charming in any weather conditions. Most of you have seen there are countless dog salons that have been serving with their paramount skills for an extended period. Moreover, the grooming means an excellent hair cut that makes your pet even more adorable. The owner of the dogs needs to take care of them, and they should check whether they require haircuts or not at least once a month.

Here we are with our type one that is the thinners, the thinners are the true thinning scissors or the shears that have two notched blades, the thinners has been designed to cut off the bulk thinning, and they are proficient in removing the hair which is close to the skin ( the tiny hair).

The thinners are the type of thinning shears that are more often used to blend, and they are capable of finely work for that. Still, they are proficient in taking out the less than the original blenders do. the thinners are perfect if you are willing to use them underneath on the topcoat of hair, Pomeranians, and the golden retrievers can be good candidates.

But if you are using blenders, you need to be more careful while you are removing the bulk of hair. These are the scissors that are ideal for blending the tiny hair into the longer ones, on the peak, or underneath the coat. You are allowed to use the blenders over combs to leave a smooth and textured finish on the coat.

here we are with the last type of thinning shears, which is the chunckers, the chunckers are the latest and the newest addition to grooming shears. The chunckers are full of bladed shear as they are the ‘T’ shaped teeth that enable the hair to push away from the cutting blade.

The chunckers are capable of giving more softer and natural finish to the dog. More often, the professionals use the chunckers on the legs, underlines, ears, and the head as well. You can easily use the chunckers anywhere you want as they are great for the dog breed e.g., shelties or the rough collies.

What can thinning scissors be used? Identify the right type according to your necessities.

At the points mentioned above, we have described the type of thinning scissors that can be used to cut off the hair of your dog without even hurting them. You can easily identify the best and finest one according to your necessities from the following points as we have given an explanation for each type. So without investing much time, let’s have a look at them to know more about which type of scissors can be used to groom different dogs:

Thinning – the thinning scissors have been designed to cut off the thin or thick hair with a cut that can be made close to the skin. Yet another application can be made near the hair ends to give your dog a natural look.

Blenders – the blenders are mostly used to give the finishing touch when the grooming is done, the blenders blend away straight scissors/blade lines. You can use the blender approximately ¼ or ½ from the dog’s hair tip.

Chunckers – the chunckers are more often used to give a finishing touch or to texturize the cut of your dog’s hair. The chucnkers can be the best selection to be made as they are capable of removing scissors marks.

Here we are with some frequently asked questions:

What do the thinning scissors can do?

The thinning scissors have a gap in them as they are capable of cutting the hair, which is dense, thick, or light in weight.

Are the thinning scissors can damage hair?

The thinning shears or the scissors don’t generate havoc, whereas a razor can do it all. Moreover, the inexperienced stylist can damage the hair as they are unable to use it properly.

We have compiled each possible details regarding the thinning shears or the scissors we have also described the types of thinning shears so you would be at ease while knowing the entire procedure. The thinning shears are more often used to cut the hair of dogs, and these are the specially designed scissors that are proficient in giving your pet with the most elegant possible hair cut. 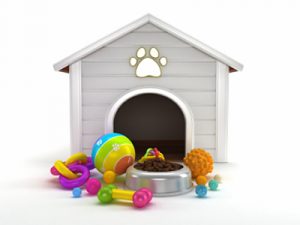 Kosmo’s Doghouse is Scottsdale, Arizona’s premier dog grooming salon, holistic pet store,  and self wash. We take pride in caring for all of our four-legged friends and believe our passion for animals shows in the products we carry and the quality of our grooms.
follow us on links below